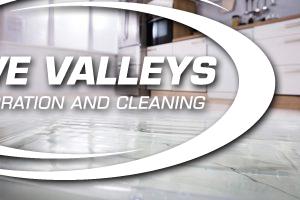 After a flood, speed is of paramount importance. The difference between acting quickly and procrastinating the restoration process can prove to be the difference of thousands of dollars in damage and the permanent loss of some possessions. To avoid these unnecessary costs and damages, we at Five Valley’s Restoration in Missoula, MT recommend you do four simple things as soon as you can after a flood.

Stop The Flow Of Water

First and foremost, it’s important that you stop the flow of water during an ongoing flood as soon as you can. The longer it takes you to do this, two negative consequences follow. First, the overall damage increases since the water sit in the home longer. Second, the damage increases because the level of the floodwater rises. Make sure you know where the water shutoff valve in your home is located so if the flood is coming from an internal source you can easily stop it.

Once the flow of the floodwater has ceased, your next priority should be to remove the standing floodwater as quickly as you can. Once again, the longer the standing floodwater remains, the greater the damage will be. The best way you can do this is by using a sump pump. Sump pumps are capable of pumping large amounts of water out of a home after a flood. In the time before a cleaning and restoration company arrives, this is an invaluable resource for mitigating water damage.

Once the standing water has been removed, you are close but still not to the point you need to be. The moisture from the floodwater that was absorbed into your carpets, walls, furniture, possessions, and so on will continue to cause damage until it is removed. One of the main ways this happens is through mold growth. Mold thrives in moist conditions so a couch or wall that is damp with moisture for an extended period of time will grow mold and be damaged as a result.

Move Damaged Items Out Of The Floodwater

This step goes hand in hand with removing the remaining moisture. Items that are left in the floodwater and are vulnerable to water damage should be taken to a dry place. This will allow them to dry out more quickly and hopefully prevent them from being damaged beyond repair.

Most importantly, you should call a water damage restoration company as soon as possible after a flood. You can make a valuable contribution to preventing damage by following the steps listed above. At the end of the day, however, the real brunt of the work is done by a cleaning and restoration company. Thus, the sooner they are able to come out and begin restoring the damage, the better off you will be. At Five Valley’s Restoration in Missoula, MT, we are one such company. Don’t hesitate to make us your first call if your home is ever affected by water damage.